The release change list can be found in Releases.

Release downloads can be found in Downloads.

Release patches will be provided for any major defects (regressions) for a specific release. Patches must be installed using the install executable similar to an upgrade.

Security issues are treated as major defects and may be immediately patched in the current release. If a customer cannot wait for a release patch, the installation may be directly patched by Turbo.net support.

Dependencies included as part of the Turbo Server installation will also be patched and upgraded when appropriate. End users does not need to worry about patching as they are upgraded during installation or upgrade. The SQL Server instance used in conjunction with Turbo Server should be patched by the administrator, and not by Turbo. The operating system should also be patched by the responsible party of the machine.

By default, Turbo Server uses the latest Turbo VM version from its Hub repository. Note that it may take up to 24 hours for a Turbo VM update, applied as a result of upgrading Turbo Server or manually pushing a new Turbo VM, to propagate to the Application servers and end user devices.

Rarely, a Turbo VM update may cause an issue with a specific application. If this occurs, workspace administrators should set a known working VM Version for the affected application in the Workspace Application Settings as well as report the issue to Turbo Support so that it gets fixed. 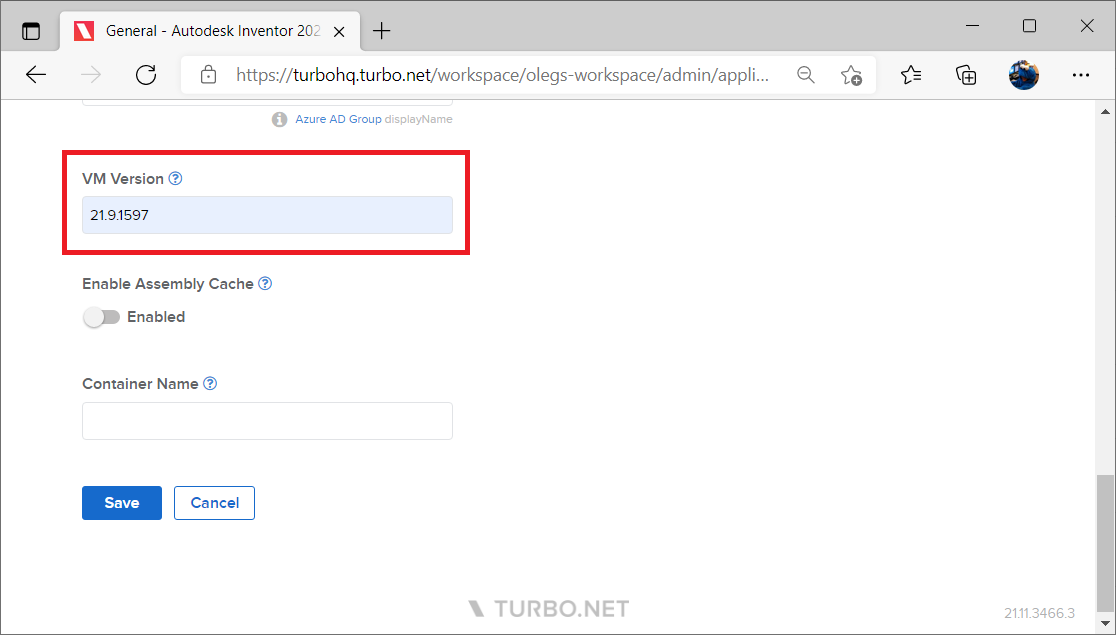