Sometimes it is necessary to add Windows Firewall rules to allow container applications access to network ports. Below are some suggestions when configuring these rules.

If creating a rule that applies to a program path, you will need to use the path to the stubexe. The stubexe is a small .exe stub that is written to the sandbox when an application inside the container is launched. It is required by the Windows operating system in order to execute an application.

If I run Mozilla Firefox in a container:

The folder 0xBD0FFFB5401D3815 is a hash of the file configuration settings so that that the same launch again in the future does not require a new file to be written unnecessarily.

If you are using a standalone executable, the stubexe is also used and will be in the application sandbox in the same folder structure. If your environment has upgraded from using a Spoon Client, then you may need to use the spoon directory rather than the one which using a turbo link.

In Windows Firewall, an Outbound Rule is used to control how an application can access outside resources.

Open the Windows Firewall from the Control Panel. 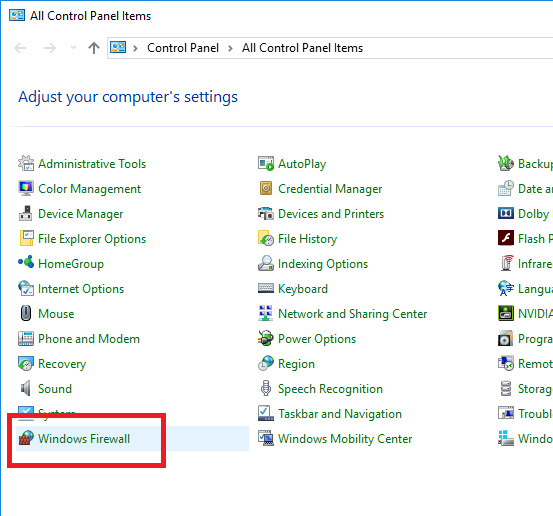 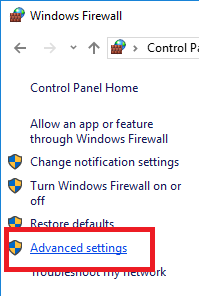 Select the Program rule type and then next. 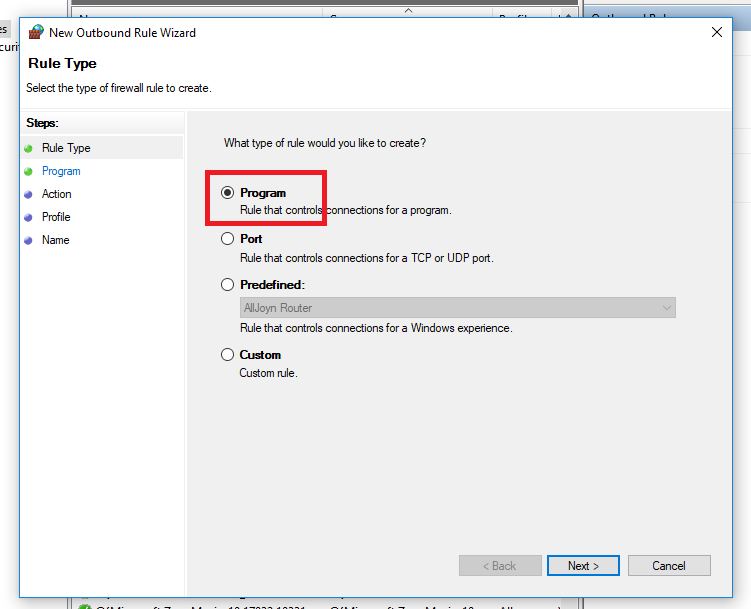 Enter the path to the application stubexe and then next. 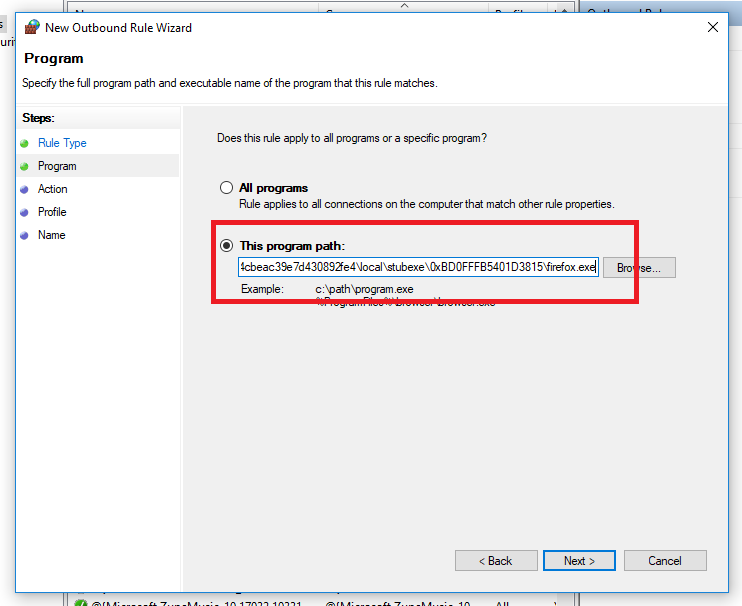 For our example we will block all connections from the application. Then press next. 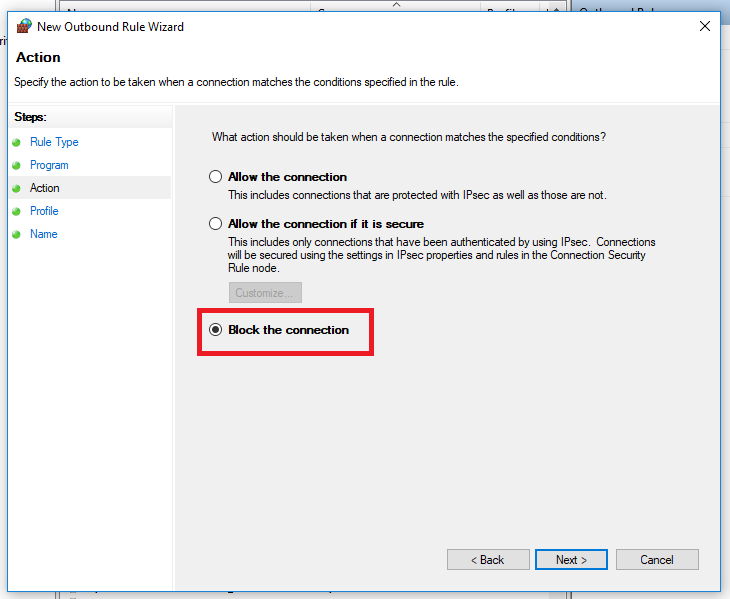 Apply to all networks then press next. 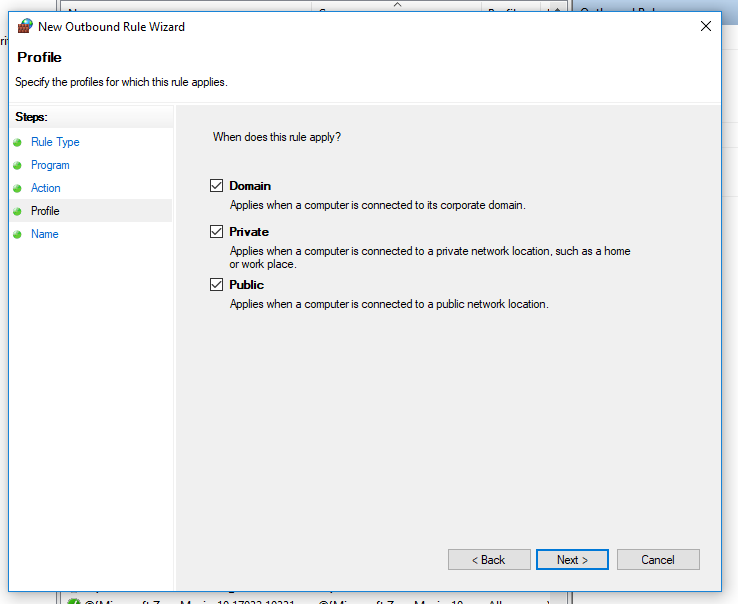 Give the rule a name and description, then press next. 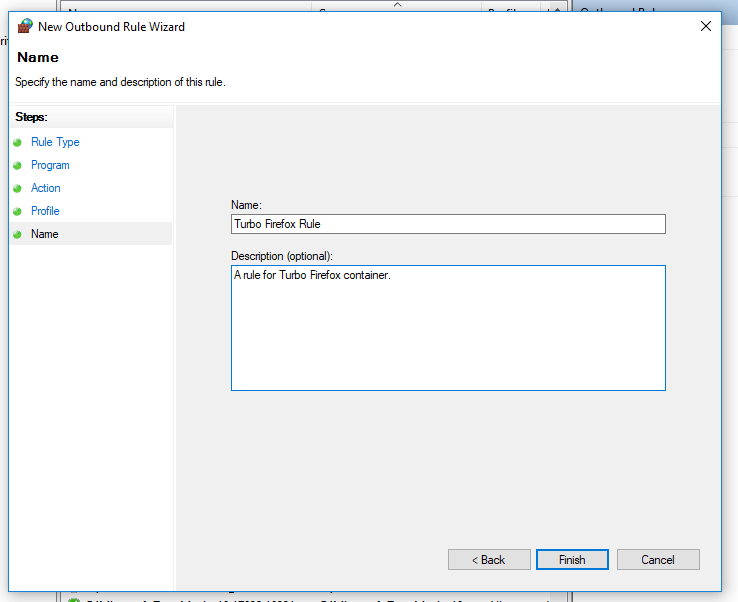 Now your new rule will be added to those that Windows adds by default.

Running firefox again from the same container yields a different result this time. 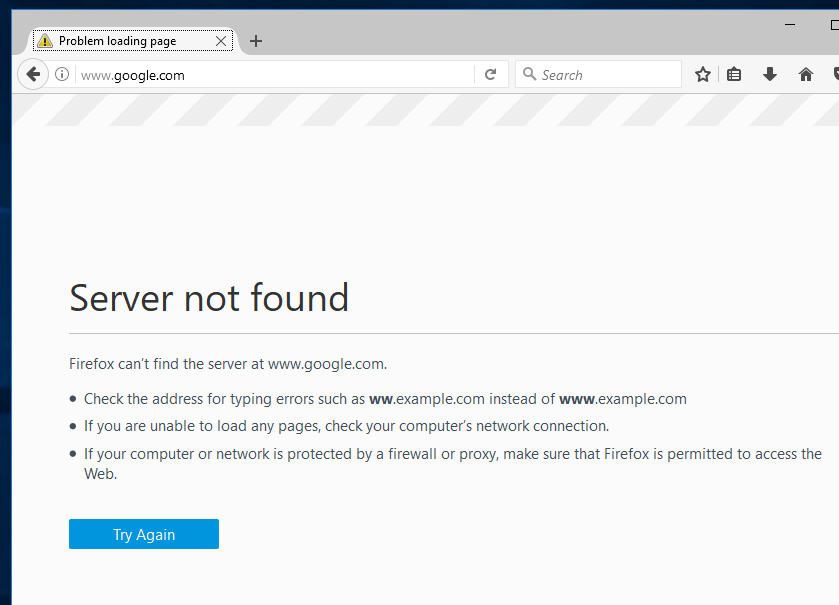 By default the stubexe path is inside the sandbox. However, this can make it difficult to configure network rules that apply across your enterprise since it will be a different path for every user. For this case, you can configure where the stubexe is cached using Turbo Studio when you build your container images.

You can set the Application stub cache location to any local path. 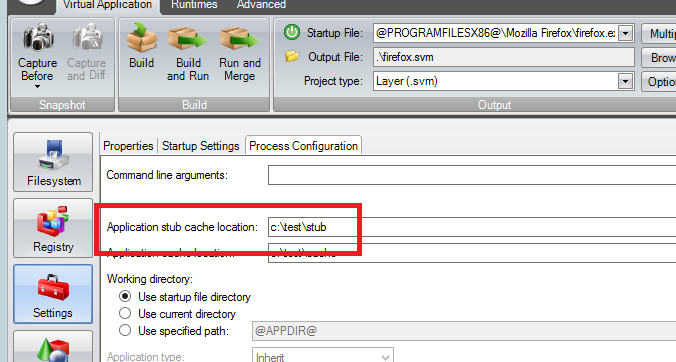 Now the application stubexe will always be cached in a well known location that you can set your universal rules to point to.

You can use either the PowerShell New-NetFirewallRule cmdlet or call the Windows netsh command directly.